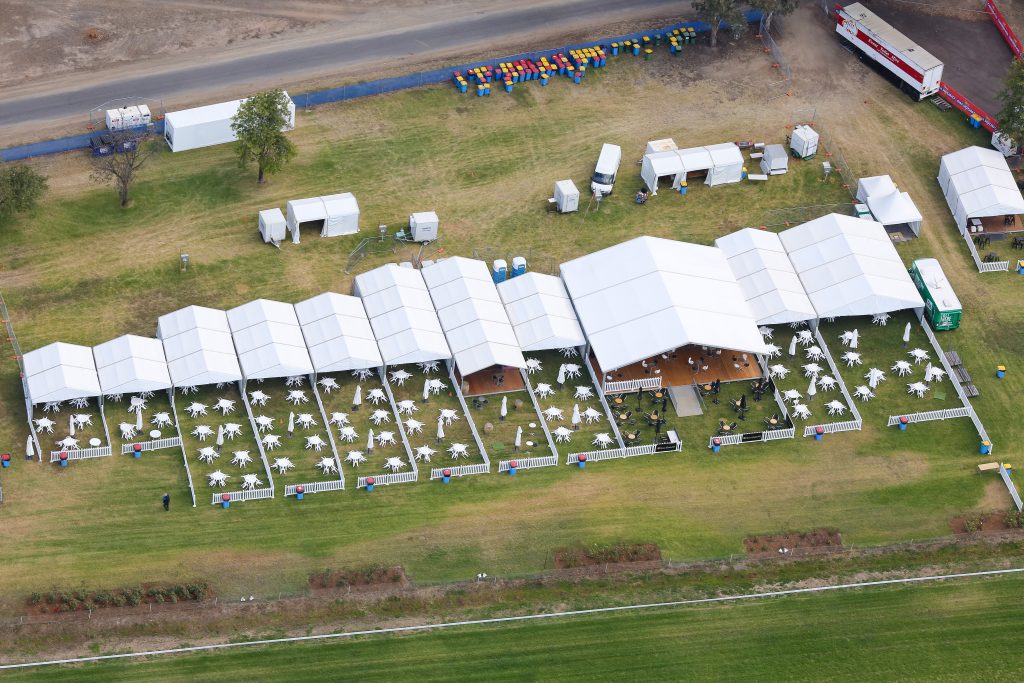 When Barlens moved to its new home at Isa Street, Fyshwick, the business began partnering with local organisations and servicing larger events.

In the early years picnic races were very popular, and marquees would go up all through Canberra and the surrounding regions. The biggest initial partnership was with the race club which employed Barlens to supply for the Black Opal.

“That bought in all the Land and Gentry and you got connections with the racing people and the farming people. We built villages for them; heaps of individual marquees,” recalls founder Barry Whyte.

Stewart Barlens began supply event hire equipment for local clubs and government house, and then later on Floriade, one of Barlens long standing clients since 1988.

The business once again outgrew its home and moved to Gladstone Street in the early 1980s.

“The main expansion came when we moved to Gladstone Street, that gave us an uplift” recalls Barry. “We had a great team who did a lot, an enormous amount of work.”

“I’ve been with the business for quite a number of years, since 1983”, says Greg, “It was hard yakka back in those days; it was a lot more labour intensive than what it is nowadays. It was a collaboration of frustration, joy and excitement. It’s always been great to see an event or wedding come off in all its glory and have the client be proud of what we achieved for them.”

Stewart Barlen Hire was reformed as Barlens Event Hire in 2009.

In 2014 Barlens lost their showroom to an electrical fire which caused half the building to collapse.

“It’s been very frustrating for us operationally for the last year. It’s been trying times. The guys have really pulled other and they’ve been resilient with it. They’ve done a fantastic job; I couldn’t speak highly enough of them,” says Greg.

Although the rebuild has been slow but steady, a bigger and better showroom will be opening soon.

With our growth, we have still maintained our commitment to quality hire equipment and our professional and friendly service.