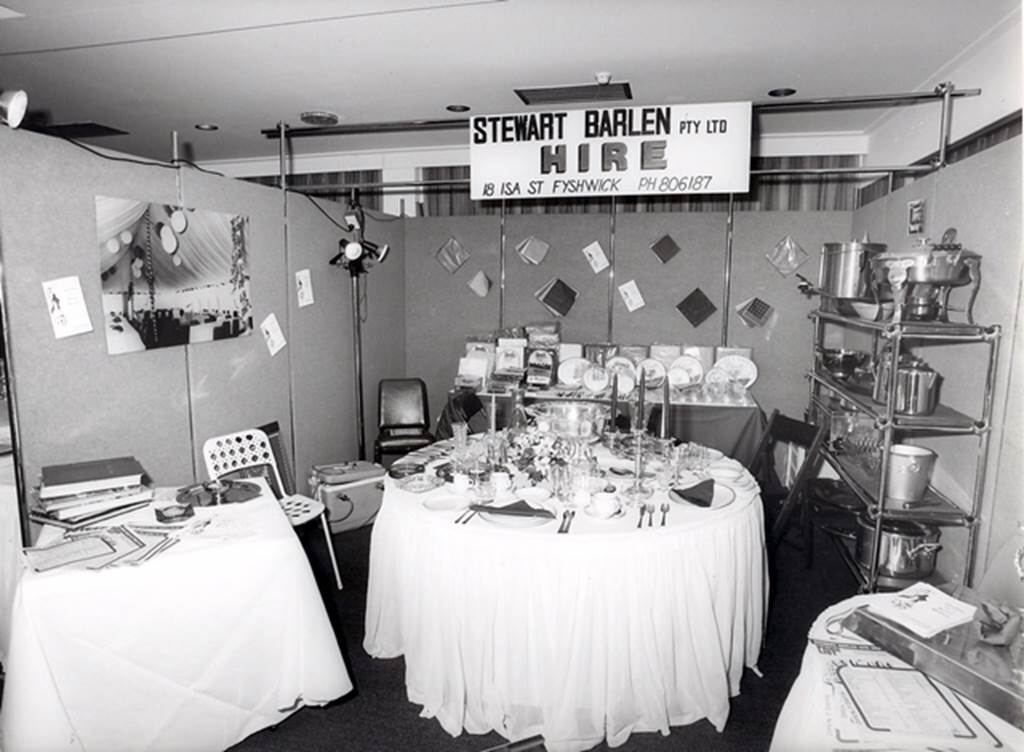 Today Barlens is an iconic and beloved event hire company servicing Canberra and the surrounding regions, but it all started 50 years ago when Barry Whyte had an idea...

It began in the year of 1965, when Barry was working at his uncle’s menswear business, R.T Whytes in Kennedy Street, Kingston.

“I read an article in the reader’s digest about a great new business that was taking place in America, and that was the hirer, and they listed all the things that were for hire. And that lit up my imagination,” Barry recalls.

“We set about to form a small company with $1,200,” says Barry. “There were three shareholders in it and that’s how the name began; Stewart Barlen was Stewart, Barry and Len.

Working out of a small shop next to R.T Whytes, the business began servicing small household events and backyard parties. Stewart Barlen Hire took on a service side for Canberra that no one else had, “Who’d want to put all your money into plates and knives and forks and then wash them up!” Barry jokes.

The dishwasher was outside in the laneway and chairs and tables out the back, leaving a small shopfront to attend to customers. It was a very cramped situation! Initial stock was limited, starting with about 15 different types of knives in sets of 50. The business built up dozens and dozens of variety lines but never had enough depth of stock for larger jobs, and there was no demand for these at the time.

The earliest big event was when American President Lyndon B. Johnson came to Canberra in 1966/67. Barlens was approached for 2,000 chairs and they had a full number of… 300. But through hard work and a little initiative Barlens delivered.

The business kept expanding and eventually moved to Isa Street Fyshwick, which had a luxurious dimension of 3,000 square metres.

The rest as they say is history! So keep an eye out for our next instalment of ‘growth and development’.

As for R.T Whytes, the business is still run by the Whyte family out of Moss Vale as one of the oldest family-run businesses in NSW.